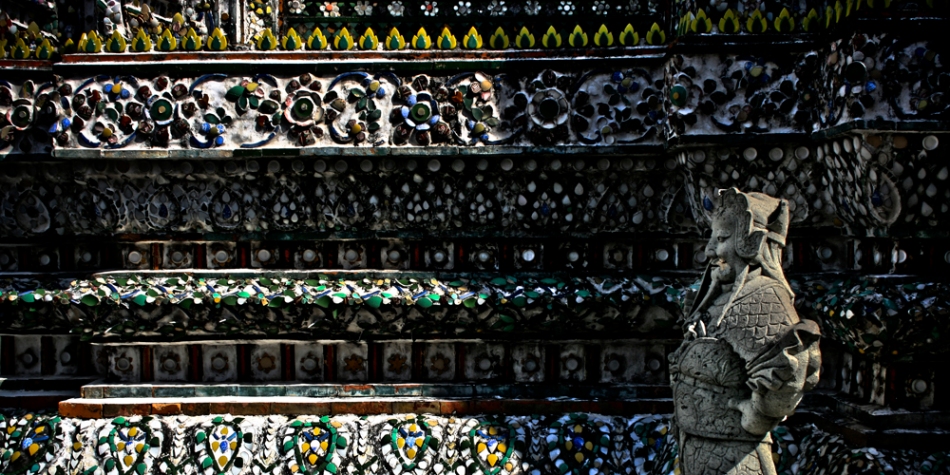 this stone sentinel watches solemnly as the tourists and the pious walk through its holy grounds at wat arun, the temple of the dawn. considered one of thailand’s major attractions, this holy place is filled with intricate, colorful detail. much like gaudi’s use of ceramics ages later in a land far away, the towers are covered in tiny bits of glazed ceramic, forming metaphors of flora and fauna, interspersed with the welcoming contrast of rapturing, austere, undecorated, gray, carved stone figures. despite the beauty of the place, the people are what i most treasure from this visit .the people i have met from thailand are, in general,  some of the friendliest and most beautiful people, bright with positivity and good intentions. the buddhist vein runs thick in their every act.